A Long and Emotional Day...And a Book Recommendation

I was set to host my book club from my old neighborhood on May 21 before I knew that day would be the funeral/memorial service for my former neighbor. I debated changing the date, but none I offered them found everyone able to attend. So I decided to keep the date as it was. We were still short 3 people, and I was disappointed that they were out of town or sick.


I had told them I'd make veal Parmesan and pasta, and they would fill in with salads, appetizers and dessert. I started the veal at 8 am, and cook it partially, so I could finish it off after they had all arrived.  My cleaning women came that morning (I would never consider entertaining without having them here first!) and after they left, I showered and dressed for the funeral. I drove the 18 miles to the old neighborhood, and parked at the small church chosen by the family.  The husband and one of their sons greeted attendees on the porch.  I went inside to find that my friends had saved a seat for me, and I am so glad they did, as I had a bird's eye view of the altar, and the beautiful flowers surrounding the urn. Kerstin was my next-door neighbor for 35 years, and although I had not been able to visit with her in the last year, she will be sorely missed.

As the memorial began, Bob spoke of his great love for Kerstin, and all her many accomplishments. He spoke of her Swedish ancestry and how her love of being  Swedish colored her whole life. Both their sons spoke about their mother and their special memories of her, and gave thanks for the many caregivers who had taken such good care of Kerstin in her last five years.  She outlived two of them.  Due to some physical problems and then the onset of Parkinson's disease, Kerstin required care 24/7 for a long while. Everyone who cared for her came to love her and the family loved their caregivers too.

The musical portions of the memorial were very special; the piano was played by Grant Llewellyn (Conductor of the N.C. Symphony); he accompanied Bonnie Throne, as she played a beautiful rendition of "Amazing Grace" on the cello and Lisa Jolley, as she sang "We'll Meet Again".

I am including some of the photos that were hanging on the church walls: Kerstin was a beautiful and kind woman, who was well-loved by Bob and their boys, by her many, many friends from all over the world, and will be missed deeply by so many. 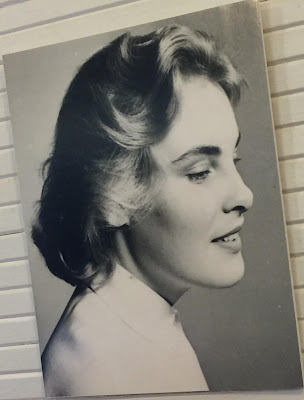 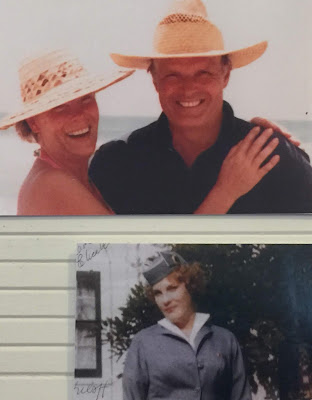 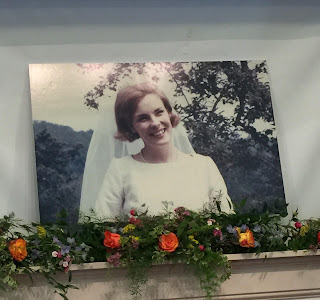 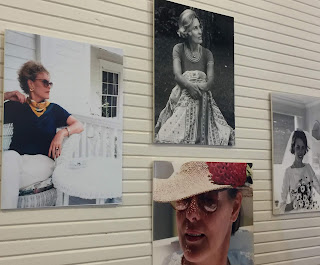 After the service, I scurried home to prepare for the book club women, who were arriving at 6:30. All went well and we had a good dinner and a great discussion of the book...."Becoming Mrs. Lewis", about Joy Davidman, who married C.S. Lewis (author of Mere Christianity, The Screwtape Letters and the Narnia Chronicles. I loved the book and the others seemed to like it too.  I will admit to being happy when it was all over....and I fell asleep in my chair soon after they left.
Posted by kenju at 6:17 PM

That's quite a day! And a lovely tribute to your friend. It's hard losing friends.

Judy you are amazing. A lovely tribute to your friend and a credit to your ability to get things done. You should be proud.

Wonderful tribute to a lovely friend. I’ve known the story of Joy Davidman but haven’t heard of this book.