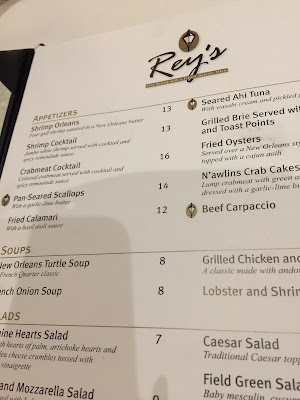 My  husband started a club for pipe smokers 21 years ago and very year they have an "expo" where people from all over the east coast come to display, buy and sell pipes and tobaccos and other accoutrements.

The people who help put on the show and those who work on the day of the show are given money with which to buy their dinner at a restaurant where we gather for a group celebration of a job well done. Additional profits are donated to charity.

This year we opted to go to Rey's in Cary, NC. You'll see  parts of the menu on the left. 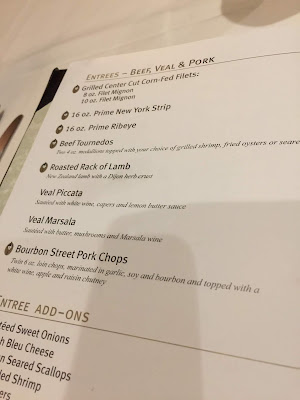 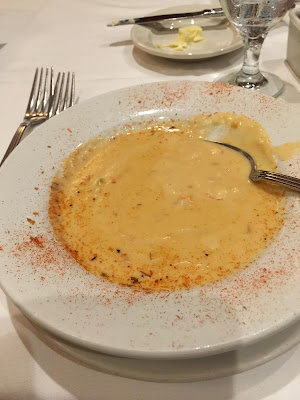 This is the lobster and shrimp bisque that I had. The only problem with it was that it ended too soon. While the bisque was ample, I could have easily eaten double the amount!! 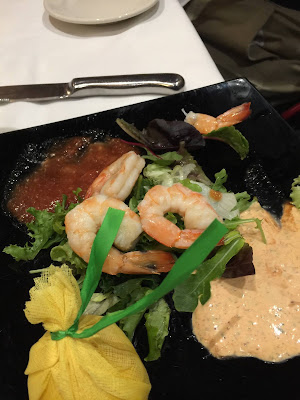 This is Jim's shrimp cocktail.  Unfortunately, only four shrimp are served......a skimpy amount I think. 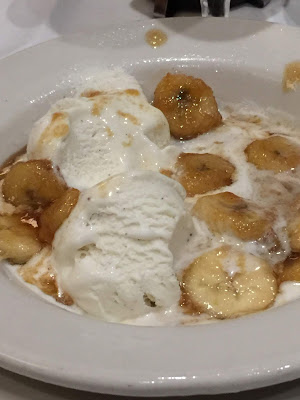 The bananas Foster and Cherries Jubilee are made tableside by the owner (Rey) and they are both so good you wouldn't believe it.  The portions are ample too.

I forgot to photograph my margarita, as well as the veal piccata....which we both ate. We also both ordered garlic mashed potatoes, which were delicious, but too much to eat along with everything else. I think the next time we go there, we will share the side order (s).

Others at the dinner had lobster tail and filet mignon, or other steaks. All of it was pronounced excellent.

When the bill came, it included 3 mixed drinks, and I had only had one. Jim doesn't drink, so that was a mistake. Luckily the waiter remembered, and was happy to change the bill for us.

On the way home, I realized I had eaten way too much. Perhaps I ought to have passed over the three pieces of bread I ate before my bisque arrived.