Too much to write about!

Edited!!
I just posted on Facebook that I could not access Blogger from my husband's computer. I was wrong. It used to be my computer, and I guess the links are still good - thank Heavens!!


On Monday night, we went out to dinner with some good old friends who live in Beaufort, SC now, but had to evacuate in advance of the storm. They came to Raleigh to stay with family, which was our good luck - as we had not seem them in over a year.  Time spent with old friends is so rewarding!! Too bad it cannot be more often, Sam and Sally!! 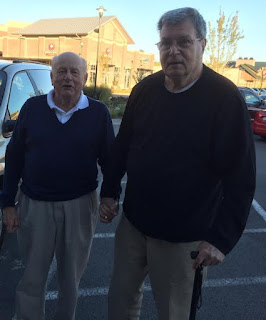 On Tuesday, a group of women from my old neighborhood went to volunteer our labors for a group called "Wake Smiles". 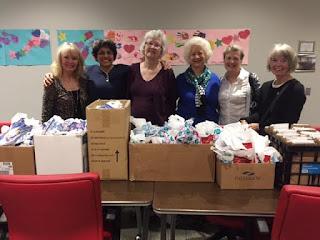 They provide inexpensive dental care for indigent people. We stuffed goody bags with info sheets and things such as gauze, and dental goodies. Unfortunately, we had signed up for 2 hours of work and they only had enough for 1 hour 10 minutes. Maybe it was that we were so efficient - yes - that's it!!  After we finished, the head of Wake Smiles gave us a tour of their dental clinic, most of which was furnished by donations - 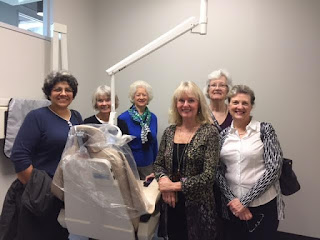 as is the dental work. Dentists from around the area give them time every month - which I think is wonderful.

After that, we went out to lunch at 18 Seaboard, a restaurant downtown near the old train station.  I had cornmeal-breaded catfish, which was served on a triangle of cornbread, over sauteed spinach and corn, swimming in some kind of sauce, a good one!!

Politics is about to be the death of me. I am very opinionated and I cannot resist responding to the posts on Facebook, although I'd be better off if I left them alone. 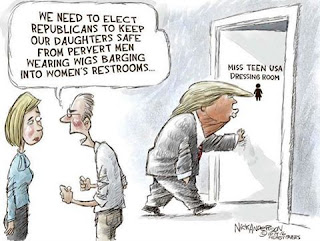 Last week, I posted something, and a guy friend of ours posted a negative response to my post. About six of my women friends took him to task for posting something on MY face book page that was in direct opposition to my views.  One response,  in particular, made me very happy.  But by the time I searched for it again, to read to Jim, it had been deleted because the guy deleted his comment.  OH, well.  That should teach me a lesson, right?  Luckily we only have a few weeks to go and it will all be over.  NO, no it won't!!  Just like four years ago, the people who wanted the other party to win (but lost) will make life a living hell for all of us, once again, with all their dire predictions of terrible things to come. I wish there could be a moratorium on Facebook, that once the election is over, there are to be no more political posts.  Fat chance!  I guess that starts with me, though, huh?

Moppet continues to bedevil both of us, although she IS a bit better than before.  She is just a slow study, maybe. At least I hope so, because if things don't change soon, her days are numbered here. I hope I can find her a good home, if it comes to that.

Jim went to a new dentist today for cleaning - here in this area - and he was in the chair two hours. Of course, that meant I was in the waiting room for 2 hours.  At least I had a cup of tea while I was waiting.  Neither of us does well sitting on one position for hours on end.  We get stiff as a board.  I finally asked about him at the front desk, and they assured me he'd be out soon.

An alien potato?  I found this in my pantry, along with 3 others that were more normal looking. This one is intent on making babies and sprouts! 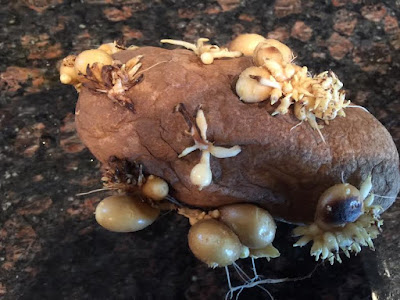 One - and only one good thing about bad storms is that all your friends call or text or email to see how you fared during it. I am happy to report that we had no problem at all. The trouble here in NC is all to the east and south of us.  Those poor people down east may never recover, and it is always the ones who can least afford it who get hit the hardest.  I pray we don't have any more bad storms this fall.  I don't want a lot of snow this winter either, but if the almanac is to be believed, we will.  Not looking forward to that!

Thanks to everyone who defended me on Facebook; to those who inquired about our status during the storm and to those who continue to amuse me or show me love!!  I hope I can return the favors.
Posted by kenju at 7:25 PM

Was wondering how you did during the storm and am so pleased that your area was spared. My brother has step family in your area also so it was double relief to hear you all dodged the bullet. My heart goes out to those who did not.
Take care and stay safe.

So glad to read this post with all the news there, especially that all went well for you in the big storm. About Facebook, I never post political stuff there and hardly ever even comment on political post even when I agree with them. Facebook doesn't feel like the right place for a thoughtful conversation. And, you are incredibly inspiring doing that volunteer work at the dental clinic. Thank you for that.

As you know I make every effort to avoid any comments on Facebook or anywhere about this political debacle. It does no good to listen he all the spin.

I hate it that Moppet is not being a good girl. I know the feeling as I battle this new energetic 40 pound pup. She is also wearing out Slim. I carry a small spray bottle of vinegar and water everywhere I go.

Plant that tater in a pot -- quick! Maybe it's too late.