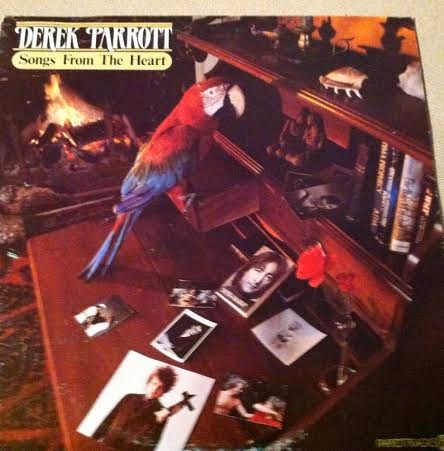 Two of our children were here this morning, and during the discussion, an old acquaintance from the 70's was mentioned. We met in Virginia Beach, and he came to Raleigh to do a concert on NC State campus.  I had lost track of him shortly thereafter, and assumed he had gone back to England. On a whim, my daughter googled him and found this. (click on link) 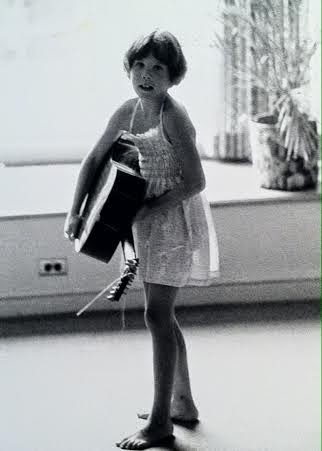 This photo shows my daughter (age 4) holding Derek's guitar, during the concert at NCSU. I also have one showing Derek with her, but I can't find it right now. Eventually. I'll post that one.


One summer, when Derek was scheduled to play The Jewish Mother in VA Beach, my friend Frances and I drove up to surprise him. We listened to the performance for hours, and then drove back to Raleigh, arriving near dawn. At the time, two of my children were in camp, and my husband was out of town. We took the youngest with us and she stayed the night at a friend's home. everyone thought we were nuts, but we both loved Derek and his music so we went.


I really wish I had known he lived in Kauai; we were there in 2000 and I might have been able to see him had I known. Missed connections in life make us sad when we discover them. And now, I am sad. Derek was a gentle soul. I was blessed to have known him, however short the time. RIP, friend. 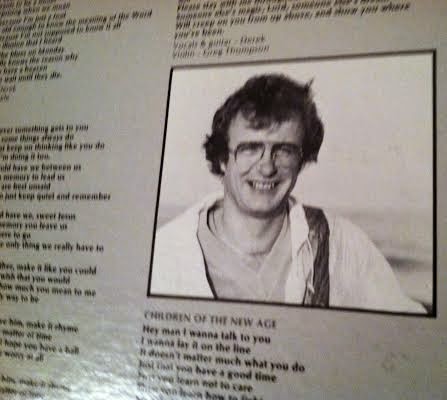 I am so sorry to hear about Derek's passing, Judy. I can empathize with that sense of loss, of not having had the chance to connect more frequently, of having missed out. I wish I had the answer, because we never seem to have enough moments with special folks like him before they're taken away from us.

I've learned to cherish the moments we are given. They may be infrequent in number and individually all too short, but the fact that he made such a deep impression in his all-too-short time with you - and with us - means he was truly special indeed.

Of what we bear witness this life, the loss of a dear friend pierces the deepest. Into the heart like a dagger slowly. Until the pain we barely know. Our friendship flows like the waters of life. A small sacrifices called memory. Yet, a dear friend gone. - Tullie Evans

I am sorry to hear of the loss of a long time friend. It is always a a sad and painful experience.

Kenju, regarding your question on the restaurant, the link is embedded in the red words on the first paragraph. If you cannot get it too work, let me know.

The links worked fine. So sad that you could not have seen him again. He sounds like quite a fine musician and true child of the 60's.